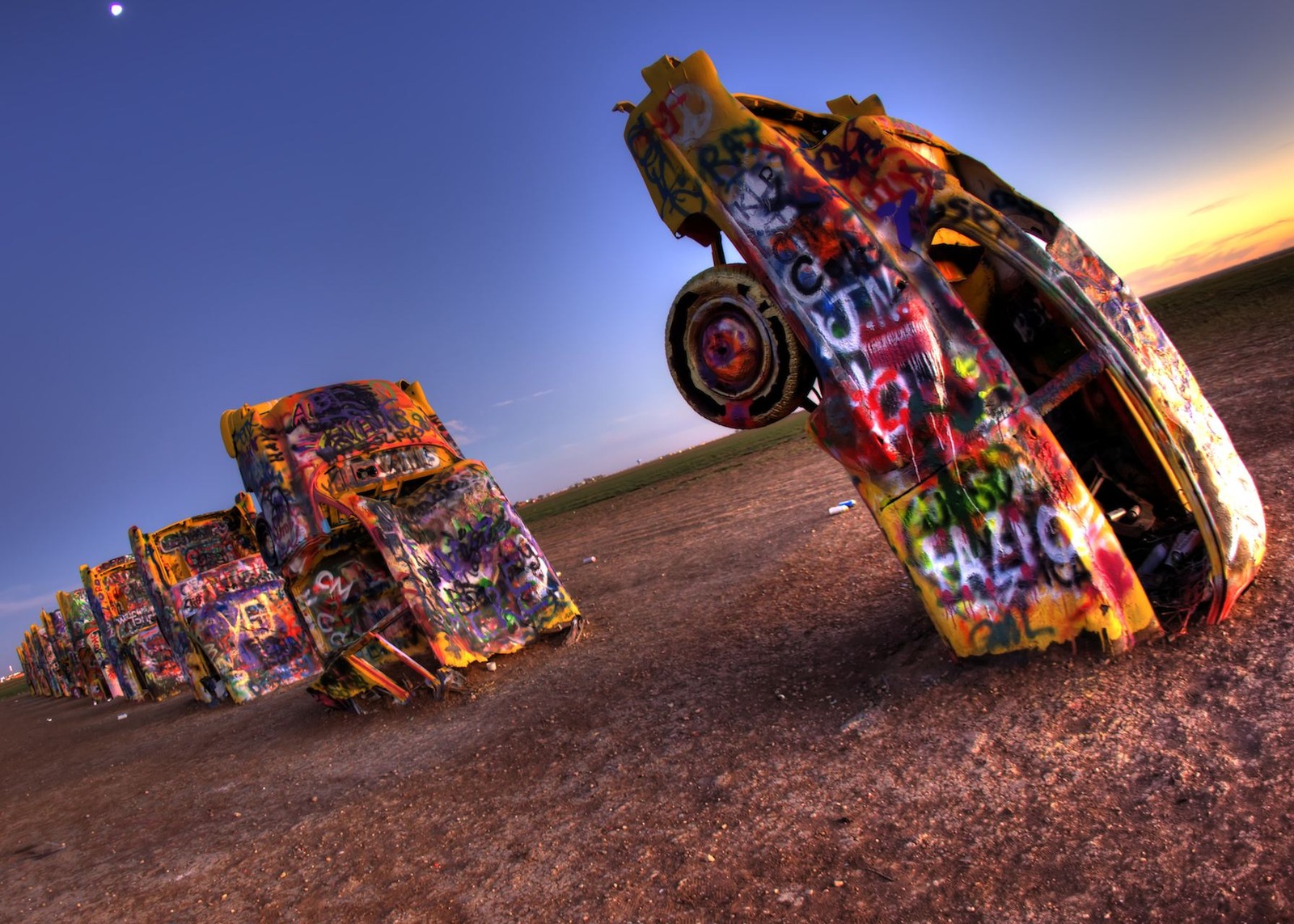 A public art installation and sculpture in Amarillo, Texas, U.S. It was created in 1974 by Chip Lord, Hudson Marquez and Doug Michels, who were a part of the art group Ant Farm, and it consists of what were (when originally installed during 1974) either older running used or junk Cadillac automobiles, representing a number of evolutions of the car line (most notably the birth and death of the defining feature of mid twentieth century Cadillacs; the tailfins) from 1949 to 1963, half-buried nose-first in the ground, at an angle corresponding to that of the Great Pyramid of Giza in Egypt. 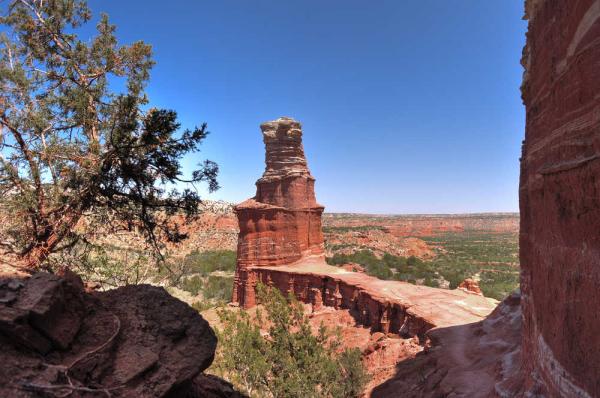 Activities include camping, horseback riding, hiking, nature study, bird watching, mountain biking and scenic drives. While in the park, stop by and enjoy the Visitor Center located on the Canyon Rim. This rustic native stone building was constructed by the Civilian Conservation Corps in 1934.

Home of the free 72oz steak! 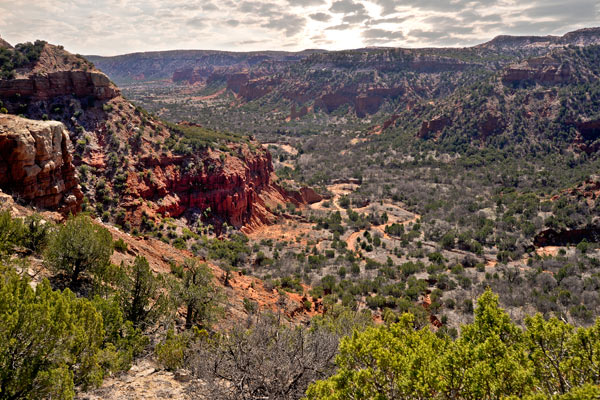 Caprock Canyons State Park and Trailway is a Texas state park on the Caprock Escarpment in Briscoe County, Texas, United States, approximately 100 miles southeast of Amarillo. The state park opened in 1982 and is 15,313.6 acres in size, making it the third-largest state park in Texas.